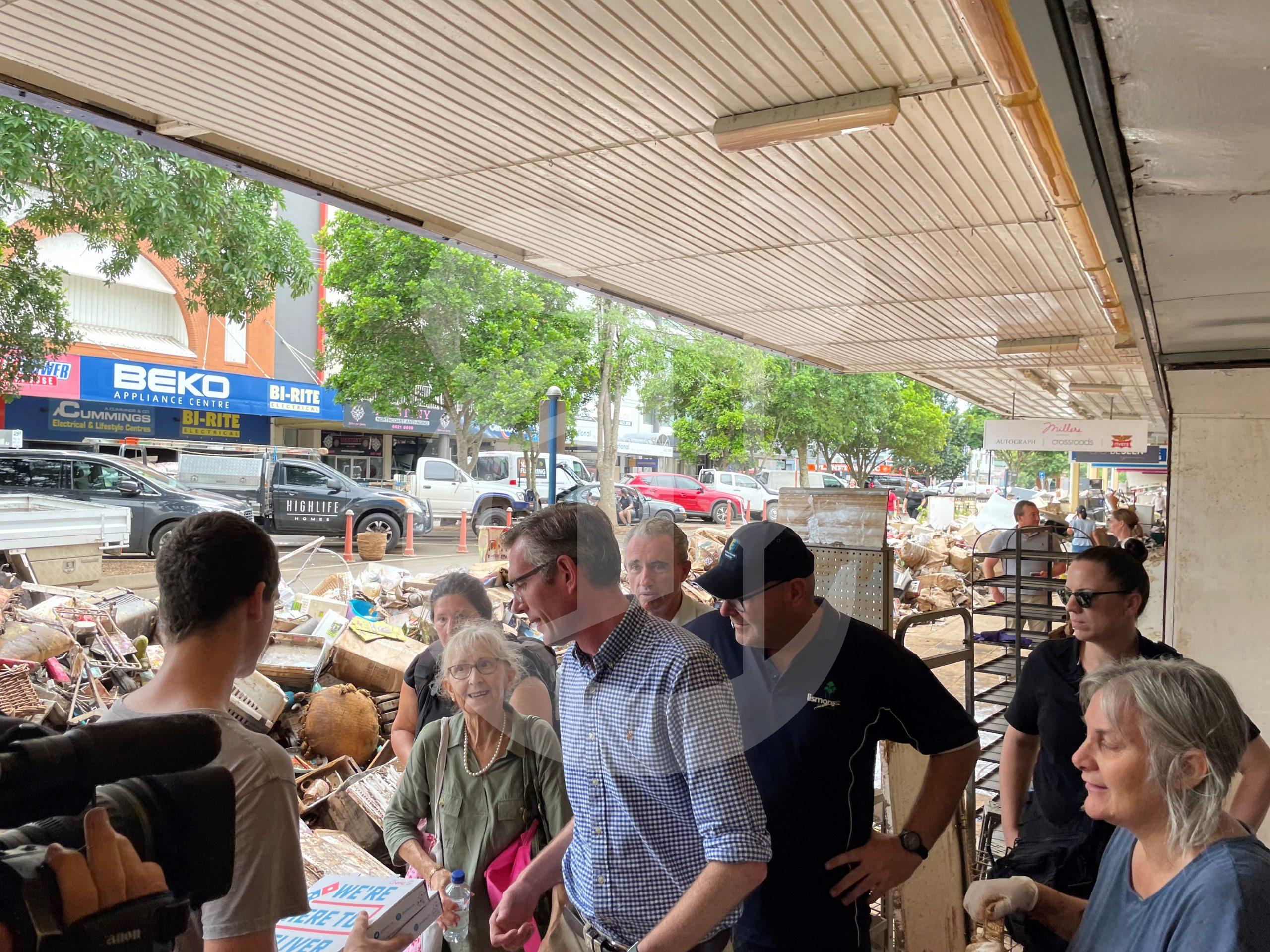 I RECENTLY made a detailed submission to the independent 2022 NSW Flood Inquiry Commissioners Professor Mary O’Kane AC and Mick Fuller APM, copying in the Legislative Council Committee’s inquiry into the flood response as well.

I’ve stated to NSW Premier Dominic Perrottet that he must accept the recommendations the Commissioners’ Independent Inquiry makes sight unseen.

Floods will happen again but preparedness is key.  We need to now create a model of adaption to disaster preparedness that addresses risk, structure and cognition that guides preparedness.  This requires skills, knowledge and attitude, and a total reorientation of how business is done.  The structure is hierarchical and it needs to be task oriented.  Everyone has a position but it is not clear who has a task, to put it in basic terms.  The framework described in the NSW Government’s own submission to the Legislative Council inquiry says it all.  Lots of framework but little else.

The word ‘unprecedented’ has been bandied about a lot and has become code for it was ‘unpredictable’. Therefore, ‘we could not have been prepared’. This is erroneous at best and an abrogation of responsibility at worst. NSW Government’s public agencies could have been better prepared, and part of that means working alongside the community so that our preparedness coalesces.

The people did prepare to be inundated according to the flood warnings officially received, but by the time the warning came that the flood was much larger than the 2017 flood, it was too late to do much, let alone evacuate.  People were trapped in their homes, in ceilings, on roofs and in the streets. Businesses that had lifted well above the flood warnings and earlier large flood levels were gutted.  Farmers lost massive amounts of stock, and soil, and suffered landslips as did many landholders and villages, cutting off access.

The agencies charged with rescue and recovery were barely prepared for ‘what was’ let alone ‘what if’.  The latter is a fundamental disaster preparedness principle. The tragedy that unfolded speaks to this. It was not within their contemplation. That is the NSW State Emergency Service, 000, and Resilience NSW, and therefore the NSW Government.

Locals with boats came out in droves to be told by the State Emergency Service not to enter the water, but thank God they ignored this exhortation, an edict without authority, that would have potentially led to more deaths. They acted to help save our lives. If preparing for ‘what if’ had been done, the State Emergency Service would have been able to utilise community rescue or our Tinnie Army as they are affectionately known.

I make many recommendations in my submission but the NSW State Emergency Service must have a fundamental rethink about what their role is, what their resources are, and how to effect rescues. There needs to some overarching rescue body that focuses purely  on that and how to incorporate all resources, including community, and that is the role of the State Rescue Board of New South Wales, but not if Resilience NSW is at the helm.

The rescue was virtually a non-response, despite the wonderful efforts of local SES volunteers.

The catastrophic flood of 28 February 2022 decimated homes, businesses, farms, lands, rivers, and people’s state of being, only to be followed by the 30 March 2022 major flood. The magnitude of the impact is overwhelming, continuous and uncertain. It covers physical, economic, emotional and environmental.

The Northern Rivers requires a comprehensive flood recovery package if there is to be any hope for an estimated 14,500 internally displaced persons living in temporary housing, caravans or tents. Many of them were denied financial assistance after up to 4000 homes were deemed uninhabitable.

Thousands of inundated businesses are still boarded up across the region with proprietors and landlords pondering their futures. Thousands of employees are facing uncertainty and insecurity. I am told that an Economic assessment has been done but it is yet to see the light of day. That is wrong, as it should be in the public domain.

To move from these extreme conditions, we need to start the discussion on how Lismore will be reimagined and transformed into a city that is sustainable. Murwillumbah and other towns as well where needed. I like many have a great vision for the region’s rebuild but we need the plan and the infrastructure to support it.

We can and we must ‘build back better’, as I first stated to the Premier while we trudged around muddy streets in the immediate aftermath of the flood. I said that is the frame and we start there.

My full submission is expected to be published this week. Go to:

Lismore Central celebrates another milestone in its reinstatement journey

Lismore Central celebrates another milestone in its reinstatement journey

Chief Executive Office, Anthony Mellowes, said: “Lismore Central has always had rich heritage and history as a pivotal gathering place for the north coast and we want to continue to embrace this as we move through our reinstatement efforts.

Our purpose is about building thriving communities. With that at the heart of our organisation, we are focused on rebuilding with the community, for the community, and look forward to welcoming back Woolworths supermarket, existing and new retail partners at Lismore Central”.

This Thursday, 18 August, will see another large milestone met with the official unveiling of a $5.5 million, 3,200sqm full-line Woolworths supermarket. The store will employ around 110 locals. Some of the key features of the store will focus on healthy living products such as Woolworths own free range & organic choices. They will also offer a full bakery, deli and seafood department.

The DA decision for Koalas stands! 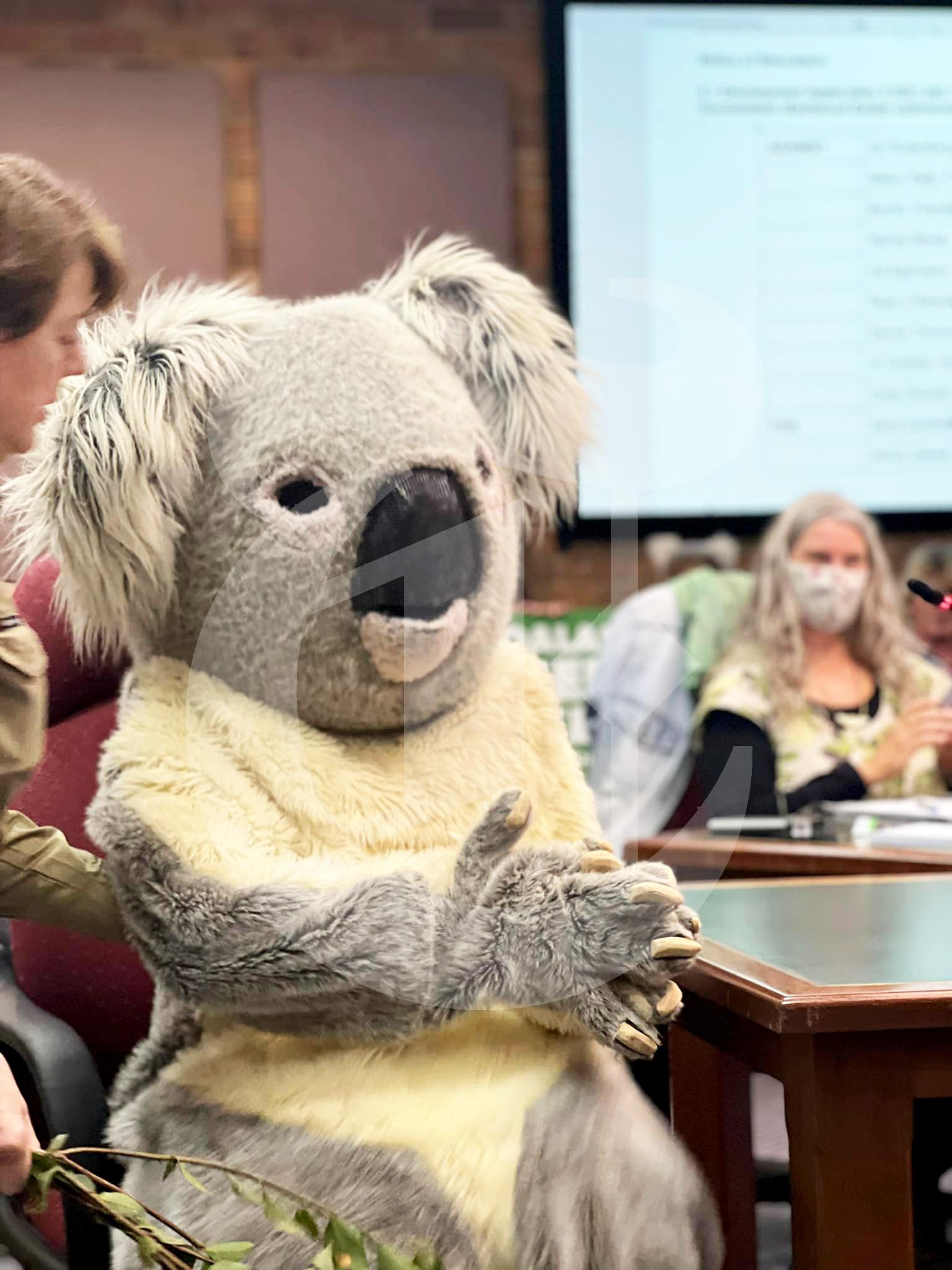 The DA decision for Koalas stands!

There has been public and not so public debate surrounding an ecologically sensitive development proposed in Goonellabah.

Council discussed the latest developments at its ordinary meeting last week – whether to rescind the DA refusal. The strength of debate and popular opinion prevailed and the motion to refuse the DA, held strong.

He spoke of the obligation of council and stakeholders to speak to the people and give feedback to the developer to provide them a “right of reply”.
“They’ve done that and now we have an obligation to them to discuss that in the forum of council. There are five pages of it, and it is supported, I think, by staff. Even our ecologist has looked at it.”
Cr Ekins requested that the councillors “hold firm” to the decision made on June 14th.
“The ecologist’s report that was just forwarded to me says that even though there are 20 koala trees that are being removed from the original 70, there is no indication in this document that supports the development at all. All they’ve said is that the revised layout presents an improved ecological outcome.”
Cr Ekins points out the road and sewerage infrastructure still positioned in the conservation area. She reminds attendants of the threat to koalas and their responsibility “that developments we approve need to adapt to the environment.” She points out that there is no detailed information on how the proposal will work or how it will impact on the koalas.
Cr Ekins indicates the dangers of “even considering” a DA that nearly doubles the number of houses originally planned and “seriously impacts” on the koala corridor in the environment zone.
“It smacks of greed to me,” and talks of the need for a “much better development that supports the koala population that we all say we value.”
Cr Rob spoke against the rescission.
“Last time I fought hard for the developer,” Cr Rob said.
“But I am a creature of procedure and habit and I like to dot my ‘Is’ and cross my ‘Ts’ and there’s a legal matter. I told council staff before this meeting that I can’t make a decision on this as it is sub judice. It’s because I can’t explain my reasons either way because I need to speak about what is currently before the court.”
Cr Rob went on to explain the legal matter has only risen since the last council meeting. He spoke about the amount of information and paperwork needed to be assessed to make an informed decision and concerns like the retention basin that has no overflow outlet that require attention.
Cr Guise agreed with Cr Ekins and Cr Rob and said it was “an untoward way of doing a complex development application. What we ‘ve had dumped on us at a very late stage are supposed significant modifications to development to satisfy these ecological concerns, yet we don’t have the sufficient time, expertise or ability for us to discuss these in a proper fashion in order for us to make a genuine decision that is equal to the gravity of what it means.”
He spoke of other issues including the half page summation the ecologist provided, a proposed 9 metre high retention wall and “traffic impacts that have not been addressed” and the inherent dangers associated with it.
“It’s not a good way to do council business.”
Cr Cook thanks the four councillors that have brought up valid points in the debate so far.
“I am concerned that the developers answer to our offer to have a chat about clarifying some of the issues, was “See you in court”. They’ve lodged an appeal against the refusal to challenge this council as to whether we will buckle under pressure. From negotiations, to straight to the lawyers. I don’t like that Mr Mayor. I don’t like threats from developers.” 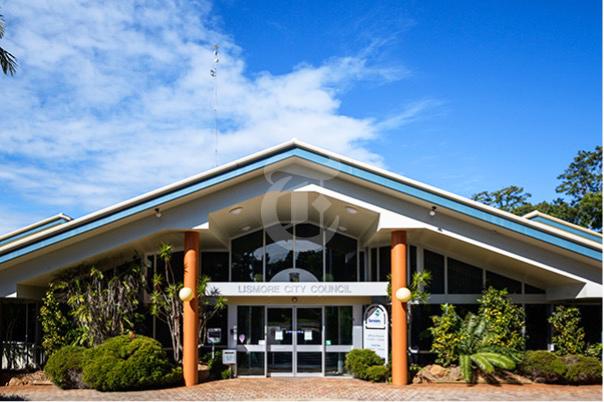 Lismore City Council will undergo a restructure to better align the organisation with the needs of the city and community, General Manager John Walker announced today.

Under the changes, the three Directors roles and the current directorates will be abolished and placed with a structure under the direction of the General Manager plus two new positions titled Chief Financial Officer (CFO) and Chief Operating Officer (COO).

“During my time in the role of General Manager it has become clear that Lismore City Council does not have the capacity or capability as an organisation to overcome the many challenges facing us to become a sustainable organisation,” Mr Walker said.

“This was true under normal circumstances, but it has been compounded by the significance of the recent natural disaster and the enormity of the tasks we face.

“Restructures are always difficult for staff, however, we simply have no choice but to do things differently if we are to overcome our financial issues and put Council on a strong footing for the future while rebuilding our city better.

“As General Manager I will have a team comprising of an Executive Manager Economy and Growth (which reflects the importance we will place on this area and include strategic planning), a Chief of Staff (to ensure the agenda is delivered and performance is achieved) and a Project Manager for the recovery and restoration (a condition of the funding agreement).

“There will be no redundancies of award-based staff under the restructure. We need additional human resources and funding to do our jobs.  At this point in time, we have neither the capability nor capacity to deliver what is required.

“We need much better strategy and planning.  We need new skills and expertise to compliment what we already have.

“The NSW Government have agreed to support Council in transforming and rebuilding our business with a generous funding agreement over three years to ensure we have the capacity to become great.

“A needs analysis prepared for the Office of Local Government (OLG), after consultation with us, by consultants Morrison Low will form the basis of a roadmap which we will follow to that end. Without this funding it would not be possible to achieve our goals.”

A SOCIAL LIFELINE FOR SENIORS

Essential items at the Distribution Hub