The Mental Health Commission of NSW will lead an update of the Strategic Framework for Suicide Prevention in NSW 2018-2023 in the wake of a series of destructive natural disasters and the COVID-19 pandemic during the past two years.

Australian Bureau of Statistics annual figures released today show that 876 people died due to suicide in NSW during 2020, at a rate of 10.5 suicides per 100,000 people. While this is a decrease from 937 suicide deaths at a rate of 11.4 per 100,000 in 2019, it is far too high and underscores the continued need for prevention to be a top priority.

NSW provides its own monthly reporting of suicides across the state through the Suicide Monitoring and Reporting System which provides estimates on suspected and confirmed numbers, using data collected from NSW Police and the State Coroner. This provides regular and timely information and records that in 2020 there were 896 people reported as suspected suicide deaths in NSW. This number varies slightly from the ABS report, which counts the number of people whose suicides have been confirmed or are being finalised through the coronial process. Taken together, they confirm that continued effort and focus is needed in the ongoing priority to reduce suicide in the community.

NSW Mental Health Commissioner Catherine Lourey said while it is too early to gauge the impact of the COVID pandemic or natural disasters based on the 2020 data released, there are a number of emerging trends creating concern.

“While we do not yet have clear data on the impact of natural disasters and the COVID-19 pandemic on suicide rates, we are seeing increased demand for suicide prevention support services, increased mental health presentations in emergency departments, and greater use of mental health services booked through Medicare.

“Families, friends and communities across NSW are devastated by the impact of suicide, with an estimated 17 lives lost each week. These are not just statistics, each number is a person with their own story leaving bereaved loved ones behind. Tragically, suicide is the leading cause of death for people aged 15–44 years,” Ms Lourey said.

“In updating the Strategic Framework for Suicide Prevention in NSW the lived experience of people who have lived with suicidal thoughts or through a suicidal crisis, those bereaved by suicide and people caring for those who live with suicidal thoughts will be critical to our review. Together with other stakeholders and experts, we will be able to look behind the data to understand what’s really happening in our communities, what people’s own experience sheds light on and what types of interventions and support are most effective.”

The Strategic Framework for Suicide Prevention in NSW 2018-2023 launched in 2018 was followed by the Premier’s Priority Towards Zero Suicides Initiative which aims to reduce the suicide rate by 20 per cent from 2018 to 2023. This Initiative has provided $87 million to leading practice crisis care and support, building local community resilience and improving systems and practices to reduce the suicide rate in NSW. Additional funding has been provided in response to increased demand, including $8 million for programs in regional NSW.

The updated Framework will provide a set of key directions for a five year, whole of Government strategy to reduce the rate of suicide, draw upon best evidence and contemporary service approaches, build upon the work achieved under the Towards Zero Suicides initiative, and embed community responses and the voice of lived experience of suicide, suicidality, bereavement and caring.

Today’s ABS figures show suicide remains the leading cause of death among people aged 15-24, 25-34 and 35-44 years in NSW. The suicide rate of Aboriginal and Torres Strait Islander people at 21.6 is twice that of non-indigenous people which is 9.8. The suicide rate in rural and regional NSW is 15.4, which is twice that of Greater Sydney at 8.1. Involving these communities in the update of the Strategic Framework for Suicide Prevention will also be essential.

NOTE: The ABS counts suicides that have been confirmed or are being finalised through the coronial process while the NSW Suicide Monitoring and Data Management System provides estimates on suspected and confirmed suicides in NSW, using data collected from NSW Police and the State Coroner. See the latest NSW Suicide Monitoring System data at: https://www.health.nsw.gov.au/mentalhealth/resources/Publications/sums-report-jun-2021.pdf 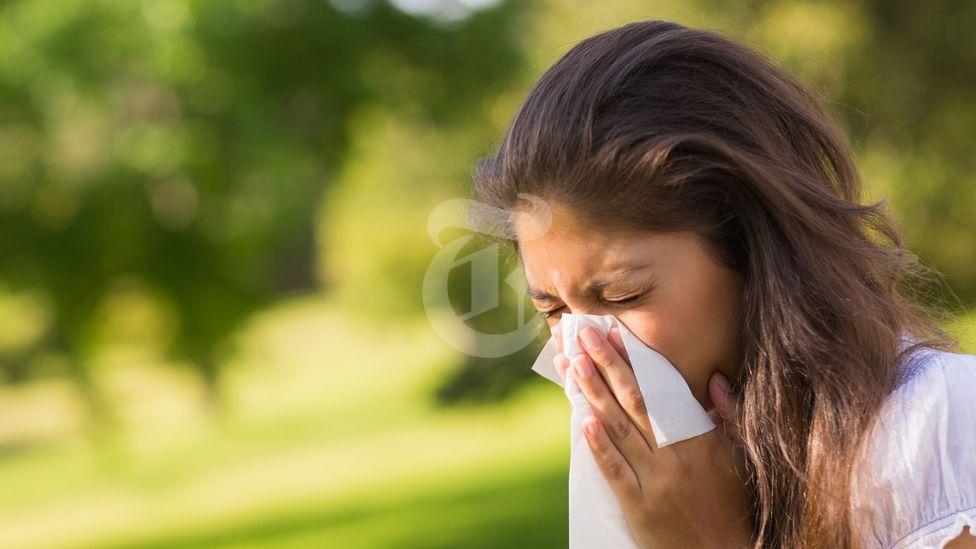 Although allergies are normally associated with the spring and fall, it may feel like allergy season never left this winter. From cold fronts to rainy days and back to warmer days, an allergy expert at Baylor College of Medicine explains that it is not uncommon for frequent weather changes to worsen people’s allergy symptoms.

“People who have allergies, sinusitis, asthma or any other airway inflammatory disease frequently complain that their symptoms get worse with changes in the weather, and it seems like it’s when various fronts come through and there is a big temperature change,” said Dr. David Corry, professor of medicine-immunology, allergy and rheumatology at Baylor.

Pollen
Tree and grass pollen are one of the most common triggers for those who suffer from seasonal allergies. When the weather brings a mix of several cold and warm fronts, Corry explains that it can carry pollen in the air from other parts of the country, such as pollen from Juniper Ashe trees in West Texas.
“When fronts come from the west to the east, they can bring a lot of pollen, particularly in the ‘cedar fever’ season, which is roughly during mid-January to February,” Corry said. “Those fronts can bring in that cedar pollen, which is extremely abundant and irritating.”

Mold
Another main cause of allergies is mold spores. When weather fronts bring in a series of thunderstorms, rain or other forms of precipitation, the wet environment can cause mold to bloom strongly and trigger allergy symptoms.
“The main thing that might be bothering people’s allergies is mold, which can be in the air at any time of year,” Corry said. “It gets worse with major rain or precipitation, especially if a big storm like a hurricane comes through. Cases of severe allergy or asthma can skyrocket.”
Changes in humidity
Although research is still being done on the topic, Corry said that some studies suggest that changes in humidity levels might also trigger allergies. When a cold front comes in, the humidity can plummet after the initial rain and the nose can dry out, which can cause irritation and lead to allergic rhinitis symptoms.

Allergies vs. COVID-19
With the rise of the omicron variant that appears to cause milder symptoms in those who are fully vaccinated and boosted, it might be difficult to determine whether you are experiencing COVID symptoms or allergies.
Allergies mainly cause itchy and watery eyes, runny nose, congestion and sneezing. Corry said the main differences between allergy and COVID symptoms are a fever, sore throat and itching, such as itchy eyes, nose and ears.
“Viruses, including the omicron variant of COVID-19 and the common cold, can first appear like allergies, but there are certain symptoms that help distinguish the two,” Corry said. “You almost never get prominent itching with a virus, and COVID often produces fever, which you never see in allergies. A prominent sore throat also indicates a virus.”
Allergies also are unlikely to cause profound tiredness, fatigue and muscle and joint aches.
If you are still unsure if you are experiencing allergies or an illness, try taking over-the-counter antihistamines to see if it helps with symptoms.

Treatment
Corry recommends treating allergies by using over-the-counter nasal steroid sprays for up to two weeks and taking oral antihistamines like cetirizine, loratadine or fexofenadine.
If symptoms are not relieved, Corry recommends reaching out to a primary care provider or an allergist for further treatment or allergy testing

The Pharmaceutical Society of Australia (PSA) is calling on Federal Government to equally remunerate pharmacists for their involvement in the national vaccination strategy.

As present, pharmacists are receiving $16 per booster vaccine administered, whilst other providers such as general practitioners can receive up to $63.55 – an unfair disparity for providing the same service.

“On Monday, paediatric vaccinations were approved by the TGA, opening up vaccination eligibility to 2.3 million Australian children. This means that extra consultation time will be required to undertake appropriate assessment and consenting, placing further strain on service sustainability.

“As mass vaccination hubs continue to downscale operations over the coming months and we revert to pre-pandemic primary health arrangements, responsibility will fall back on immunisation providers to cover both the 5-11s cohort as well as those eligible for their booster dose.

“Frustration is mounting within the profession. Our pharmacists have had enough and can no longer justify running this service at a loss.

“If the disparity isn’t addressed soon, I am worried we’ll see pharmacies withdrawing their involvement in the national strategy, causing further setbacks in 2022.

“If pharmacists are forced to withdraw from the program, pressure will fall on already-overworked GPs and other primary care providers to deliver – causing patients to delay their vaccination.

“As a nation that is on the verge of more widely opening up to domestic and international travel, we simply cannot afford to drop the ball on this.

“We need to support our frontline pharmacists so they can continue to support the Australian community,” A/Prof Freeman said.

The following table shows a breakdown of the pay rates for different providers:

Pharmacists receive a flat $16 for administering a booster vaccine, whilst GPs may be able to claim additional dose administration ($24.45), and a suitability assessment ($39.10) for a total of $63.55. This is higher for GP’s in rural areas and after hours.

No after-hours payments are available for pharmacists despite many providing access outside of normal business hours.

If all three doses and a COVID-19 Vaccine Suitability Assessment are provided by the same practitioner, in a major city, a pharmacist would receive $58, whilst a GP would receive $129.05.