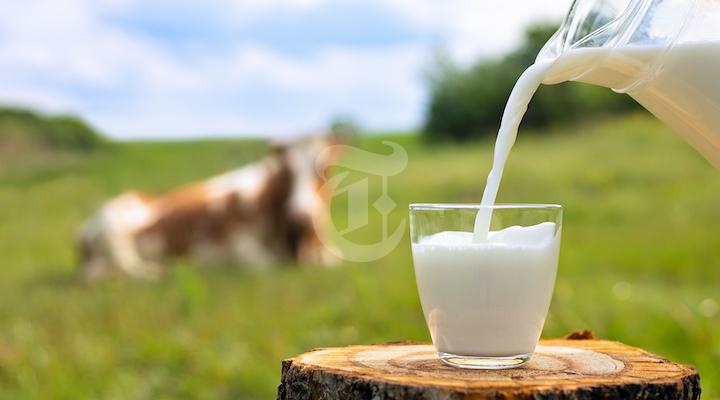 Global dairy markets are “teetering” at low milk production levels not seen since 2014, Rabobank says in its just-released Q4 Global Dairy Quarterly report.
The agribusiness banking specialist says weather-related issues have decimated peak milk production in New Zealand and Australia, while supply growth has also been stymied in the US and Europe by squeezed profit margins for producers.
This has resulted in a year-on-year global milk production deficit that is too deep to be offset by favourable milk production gains seen in South America, it says.
The report says – after nine consecutive quarterly increases – combined global milk supply growth in the major dairy-exporting regions halted in quarter three this year and will dip into negative territory in quarter four.
Report co-author, Rabobank senior dairy analyst Michael Harvey said combined quarter four milk production in the big seven dairy exporting regions – New Zealand, Brazil, Argentina, Uruguay, EU, US and Australia – is expected to decline by 0.3 per cent compared with quarter four last year. This will be the first quarterly year-on-year decrease since 2019.
The report said farmgate milk prices have followed commodity prices higher worldwide, with more potential upside still to come in some regions. Still, rising costs for inputs, labour shortages, unfavourable weather and questionable feed quality will limit the production response by producers, it said.
Global dairy exports have slowed in response to logistic disruptions, rising transportation costs, and elevated commodity prices.
“Global dairy exports based on product volume ran seven per cent ahead of the prior year during the first half of 2021, but slowed to one per cent in July and August,” the report said.

Chinese demand
Mr Harvey said a slowdown in demand for dairy inputs from China is expected and is needed to cool global prices in the face of limited supply-side increases.
“Chinese buyers are torn between the bullish sentiment outside China and the current weak fundamentals within China to decide whether, when, and at what price levels they should return to the market,” he said.

Inflation pressures
Despite rising inflationary pressures, consumers have yet to face “sticker shock” (where higher prices become a deterrent) for dairy products in most countries, the Rabobank report said, and this is supporting demand. That would not be the case in 2022, it said, as higher commodity prices from the second half of 2021 are passed through to consumers.
In addition, Mr Harvey said, new variants of Covid-19, inflation, labour and logistic challenges, along with others weigh on the global economic recovery with the potential for global dairy markets to “teeter or totter”.

NZ market impact
A sluggish spring milk production peak in New Zealand – the world’s largest dairy exporter – also contributed to a global supply slow down.
Mr Harvey said New Zealand milk production has only recently started to benefit from more sunshine and warmth for much of the country.
“Unfortunately, the change to more favourable weather was too late for the peak milk month of October, when collections dropped by 3.3 per cent year on year. There have now been three consecutive months of milk supply slipping backward against 2020 since August 2021,” he said.
“Rabobank’s New Zealand milk production forecast for the entire 2021/22 season is -1 per cent year-on-year. In a high milk-price environment and depending on cow condition, it is possible that there will be a late run to recover some of the lost production so far. But our base case assumes the weaker peak will be hard to recoup across the season – especially given lingering challenges to milk production in parts of Canterbury and in addition to high comparables to match from February onwards,” he said.

For Australia
For Australia, the Dairy Quarterly report said, many dairy farms had been dealing with a wet spring – particularly in Victoria and Tasmania.
October – peak dairy production in Australia – saw output down 2.1 per cent below last year. This means season-to-date production is down 2.9 per cent, Mr Harvey said.
Rabobank has lowered its milk production forecast, to -1.8 per cent for the 2021/22 season, back to 8.68 billion litres.
Mr Harvey said dairy companies in Australia’s southern export region are upwardly adjusting their initial (June) announced farmgate milk prices.
“Fonterra Australia and Saputo Dairy Australia both lifted prices to AUD 7.05/kgMS or more. There is potential for further increases as dairy exporters benefit from higher commodity prices, particularly skim milk powder. But there are lingering headwinds for local dairy exporters given the weaker-than-expected spring flush and ongoing supply chain bottlenecks and disruptions,” he said.
Rabobank’s revised farmgate milk modelled price for 2021/22 stands at AUD 7.75/kgMS, underpinned by rising commodity prices and a weaker currency.
“Australian dairy farmers continue to enjoy good margins,” Mr Harvey said “There are, though, production and margin risks beyond the weather, which will remain into the new year. Input costs have spiked for fertiliser and herbicide, with supply risks lurking in the next few months.”
Mr Harvey said high water allocations and healthy soil moisture profiles for irrigated dairy farmers in the southern Murray-Darling Basin will provide good prospects for summer feed crops.
“Rabobank also forecasts another large Australian winter grain crop for 2021/22. This will be welcome news for feed purchases – but noting global prices are supporting local prices,” he said.
The report says Australia’s food market is once again on the road to recovery.
“The Australian economy will grow in 2022, but consumers will face rising costs of living and food inflation including in the dairy aisle,” Mr Harvey said.
Australian dairy exports have remained buoyant through the nine months of the year, according to the Dairy Quarterly. Export volumes are higher across all the major commodities. Liquid milk exports have been strong, underpinned by Chinese demand with volumes 25 per cent higher. Exports of skim milk powder and butter have also performed well.

NEW HARVEST STRATEGY SECURES THE FUTURE OF FISHERIES IN NSW 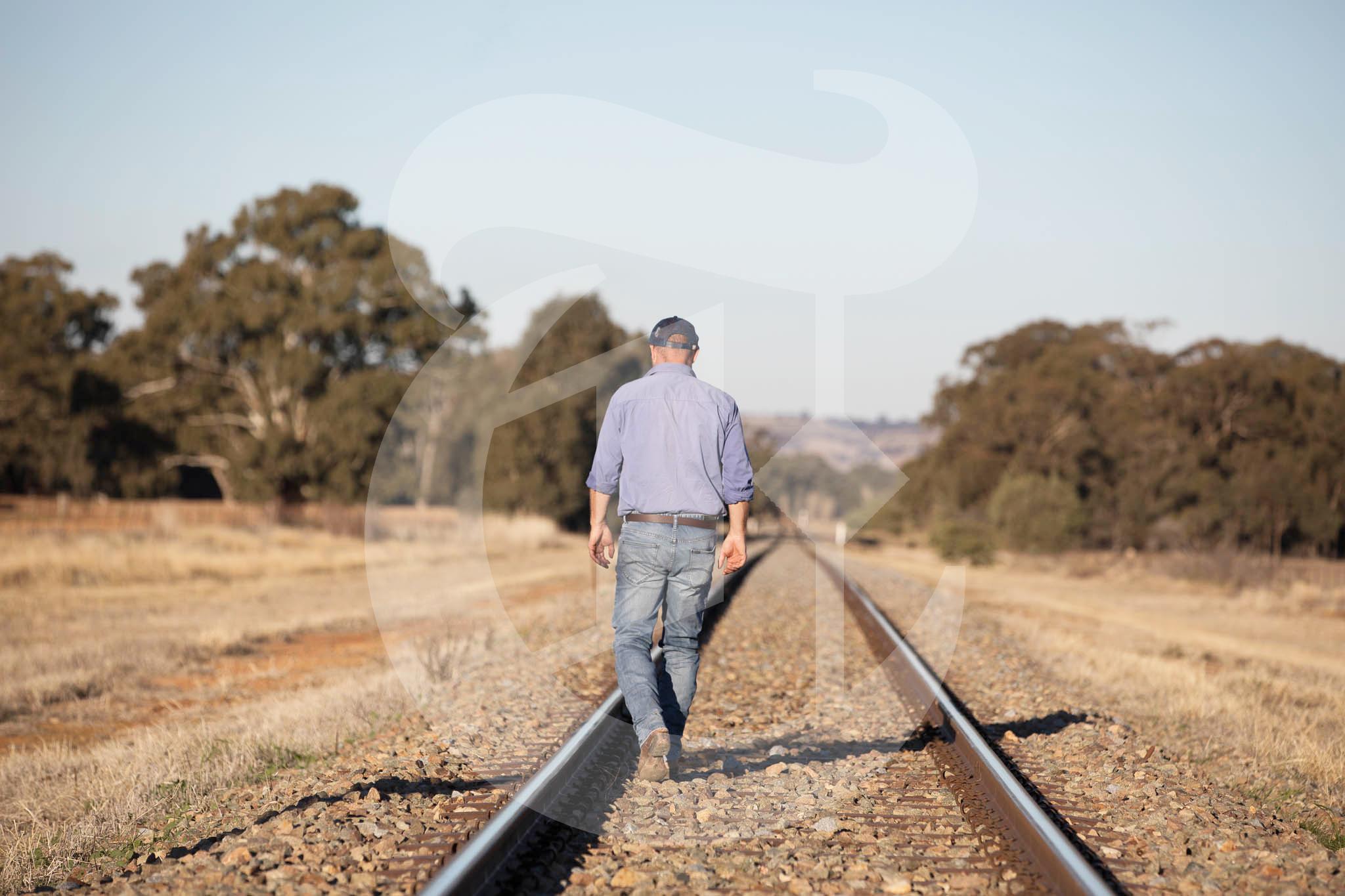 NSW Farmers and the CWA of NSW have stressed the importance of getting the Inland Rail project back on track as they welcomed the appointment of Catherine King as federal Minister for Infrastructure, Transport, Regional Development and Local Government.
“Our communities want this project to go ahead, but the last few years have been frustrating,” NSW Farmers Inland Rail Taskforce chair Adrian Lyons said.

“We’ve tried to work with bureaucrats, previous ministers, and the ARTC themselves to put forward science and evidence-based concerns in relation to the execution of this project, and at almost every turn we have been ignored.

“This tin-eared approach has cost the project time, and it has caused the community stress and angst. This has to stop.”

Both organisations had been calling for an independent review of the Inland Rail project, in line with their respective policy positions voted on by members.

“The fact is, if this independent review had been done when it was first raised, we’d have track already laid in greenfield sites by now,” CWA of NSW president Joy Beames said.

The organisations agreed that a review of the ARTC’s business case and other matters would be welcome, but they also didn’t want to see more time and money wasted.
“A recent Senate inquiry into the ARTC’s management of the Inland Rail project produced a comprehensive set of findings and recommendations,” Ms Beame said.
“The previous government ignored many of them, and the lack of consultation has cost the project time.
“We urge the new government and Minister King to revisit this report as a matter of urgency and to take immediate steps to engage with us, and the wider community, about how these recommendations can be adopted.”

Landcare Australia and the Australian Government Department of Agriculture, Water and the Environment are bringing together a formidable group of women for a conversation about their challenges and triumphs.

The panel includes Natalie Sommerville, a farmer, grazier and proud Torres Strait Islander woman from the clan Wagadagam of the Goemulgal people of Mabuyag Island. Currently living and working on Ngadjuri Country in South Australia’s Mid North, when Nat is not farming she is mentoring Aboriginal students.

Joining her is Sally Downie, who was selected as an ABC Heywire Trailblazer in 2019 for her work advocating for improved mental health services and support in drought-affected communities in Central West NSW. She is also a farmer, student and part-time drought policy officer.

Fiona Hill-Stein will add insights from her career advising on agricultural policy, drought and rural assistance, and natural resource management at the Australian Government Department of Agriculture, Water and the Environment.

Rounding out the panel is Tess Grieves, Regional Landcare Coordinator at North Central Catchment Management Authority in Victoria. A driven environmental achiever in her community, she is nominated for the Steadfast Young Landcare Leadership Award at the 2022 National Landcare Awards.

“We are thrilled to present an engaging, thought-provoking discussion with Kerstie, Natalie, Sally, Fiona and Tess about their experiences and accomplishments in landcare,” said Dr Shane Norrish, CEO Landcare Australia.

“Launched over 35 years ago by two women – Joan Kirner and Heather Mitchell – landcare has led the way with women in leadership roles across Australia. This event celebrates the thousands of women in landcare and their contribution to local communities and natural resource management,” said Dr Norrish.

International Women’s Day 2022 aims to inspire everyone to celebrate women’s achievement, raise awareness against bias, and take action for equality.

Register to attend at landcareaustralia.org.au/webinars/iwd2022.

Farmers get their say on land use

Farmers get their say on land use

The fight between farmers and developers could be a thing of the past thanks to a new mapping project that will shape future regional planning decisions.

With agriculture, urban development, renewable energy infrastructure and other land use interests competing for space in our increasingly busy regional areas, NSW Farmers is urging landholders to have their say on State Significant Agricultural Land mapping.

NSW Farmers Vice President Xavier Martin said it was an important process that would help protect farmers from conflicting land uses into the future.

“Farmers are being given a direct opportunity to have their say on the important issue of land use planning, and this could set the course for years to come as land use interests in regional areas grow,” Mr Martin said.

“Unfortunately, agricultural land can be viewed as a default zone when it comes to matters such as urban expansion, energy infrastructure and mining.

“There’s a finite amount of land suitable for agriculture and at the moment, we are losing it in a very fragmented way, but the state government’s mapping exercise is an opportunity to resolve that poor outcome.”

Mr Martin said the NSW Government’s understanding of the regional and state significance of agricultural areas would go a long way to minimising future conflict.

“If the government is to identify and protect agricultural land on a tiered basis, then they need to understand what makes land strategically important – and farmers will be the repository of that knowledge.

“The goal of NSW Farmers advocacy in the land use space is to ensure agriculture is being considered in land use decisions. We need to start somewhere, and this mapping is the starting point.”

While the first iteration of the government’s mapping is not perfect, Mr Martin said consultation and refinement would help produce a planning tool that benefits landholders.

Consultation on the first State Significant Agricultural Land mapping is open until late January 2022 and the NSW Department of Primary Industries is welcoming input from farmers.