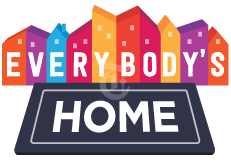 Figures released today show a national average dwelling price increase of 13.5 per cent in the 12 months to June 30.

It comes as data released yesterday by the Australian Institute of Health and Welfare shows that from 2014 – 2020, the proportion of social housing households fell from 4.6 to 4.2 per cent.

Kate Colvin from Everybody’s Home said trends demonstrated major trouble for many Australians living in housing stress, as well as those currently experiencing or on the brink of homelessness.

“Social housing has historically played an important role providing a safe, secure place to call home to those locked out of the private housing market,” Ms Colvin said.

“As more and more people on low to middle incomes are being left behind by rising rents and house prices, the need for social housing in Australia has never been greater. We need the proportion of social housing to grow, not decline.”

“Homes that ordinary families can afford is critical infrastructure for every community. With a home everybody has the ability to live, work and raise their families. But surging prices and low vacancy rates mean a place to call home is increasingly out of reach for many Australians.”

According to July’s CoreLogic report which examines monthly, quarterly and yearly trends in house price growth, Sydney recorded a 15% annual growth in house prices. The median house price value in Sydney is now $994,298, more than eleven times the median income of a worker.

Across the country, there were substantial increases in house prices in every capital city. Melbourne saw a 7.7% increase, there was a 13.3% per cent rise in Brisbane and a 19.6 per cent jump in Hobart.

Darwin saw the highest rise with a whopping 21.0% increase in house values for the 2020/21 financial year.

Further, according to economic modelling, homelessness is projected to surge across Australia by nine per cent this year while housing stress is forecast to increase by 24 per cent.

“We cannot have a situation where house prices rise at close to 10 per cent a quarter in some cases, while social housing declines. That is a recipe for more housing stress, more homelessness and deepening inequality,” Ms Colvin said.

“On the current trajectory, housing stress is only going to worsen for people on low and middle incomes, which is why we need the Federal Government to make an urgent investment in social housing now.”

Eat the Street serves up delicious fun for all ages