Call for protection of farmland in race to Net Zero

NSW Farmers has called for the clear protection of agricultural land as the state moves to slash emissions by 2030.

While moves to increase private sector investment, grow the economy and lower power prices were welcomed, NSW Farmers Vice President Xavier Martin said the protection of prime agricultural land had to be a fundamental part of the plan.

“As they say, they’re not making any more dirt, and we need to ensure that prime agricultural land is protected because once you dig it up or pave over it, it’s gone forever,” Mr Martin said.

“We are not against development; we are simply asking for the right development in the right place. The Liverpool Plains is a clear example of where the interests of agriculture and mining come into conflict – it is critical the NSW Government work to protect against the loss and fragmentation of valuable farmland.”

Attracting investment into the state – especially into the agriculture sector – would be welcome news for farmers looking to innovate and grow their businesses this decade, Mr Martin said. However, he warned that there were still concerns about the placement of large-scale renewable energy and transmission installations.

“We remain concerned about regional renewable energy zones – there is clearly scope for this sort of infrastructure, but we must ensure it does not displace food and fibre from quality land,” Mr Martin said.

“A short-term cash grab may be enticing to some producers, but that will have the larger effect of reducing our farmgate output, and a loss of land that can never be recovered.”

Mr Martin said he was “cautiously optimistic” about the plan, which promised to double the economy and halve emissions by 2030, but food security had to be a key consideration.

“It is ambitious, and we’ll need continued research and development investment to make some of these emissions-reduction technologies a reality,” Mr Martin said.

“It’s promising to see the government take a ‘technology not taxes’ approach, as a big part of this will be access to new markets and technologies.

“NSW Farmers welcomes the Minister’s commitment to action that is based on science and economics – not ideology.”

Turn off the taps to raise water awareness 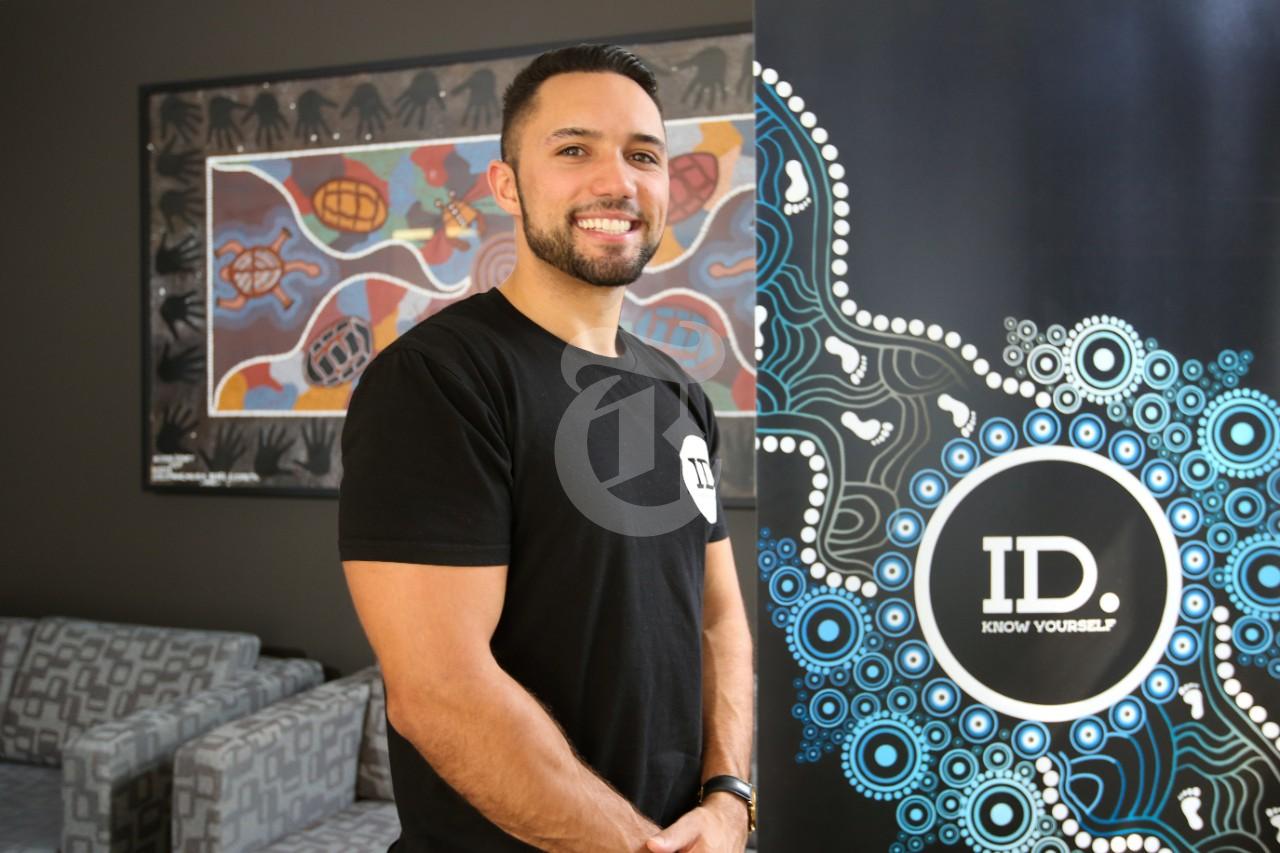 Minister for Aboriginal Affairs Don Harwin said the commencement of regular Roundtables with the Aboriginal business community reflected the importance of economic opportunity as part of the NSW Government’s Closing the Gap agenda.

“NSW is the only state to have a specific, additional priority reform on Employment, Business Growth and Economic Prosperity,” he said.

“We recognise that in addition to their economic contribution, Aboriginal businesses are important vehicles for self-determination and better social and educational outcomes, and we want to develop an investment environment they can succeed in,” he said.

Minister for Finance and Small Business Damien Tudehope said the event recognised the important role of Aboriginal businesses, as well as their diversity.

“I look forward to further hearing from Aboriginal businesses from across different sectors as we discuss how to better involve them in NSW Government work.

The MC for the Roundtable is distinguished journalist and author Stan Grant, who noted the importance of consultative processes that enable Aboriginal organisations to identify priority areas for government action.

“As MC, I’m looking forward to connecting the voices of Aboriginal business leaders with NSW Government, particularly in the context of planning a COVID-19 recovery.”

Founder, Director and Program Manager of Aboriginal owned ICT delivery and consultancy firm Patonga Projects Brett Chamberlain said he was looking forward to working with the government and Aboriginal peak bodies on Closing the Gap actions to drive change in communities.

“We’re particularly interested in supporting digital inclusion and improved access to data, and the Roundtable is a chance for government to listen to and act on our feedback while growing relationships with the Aboriginal business sector,” he said. 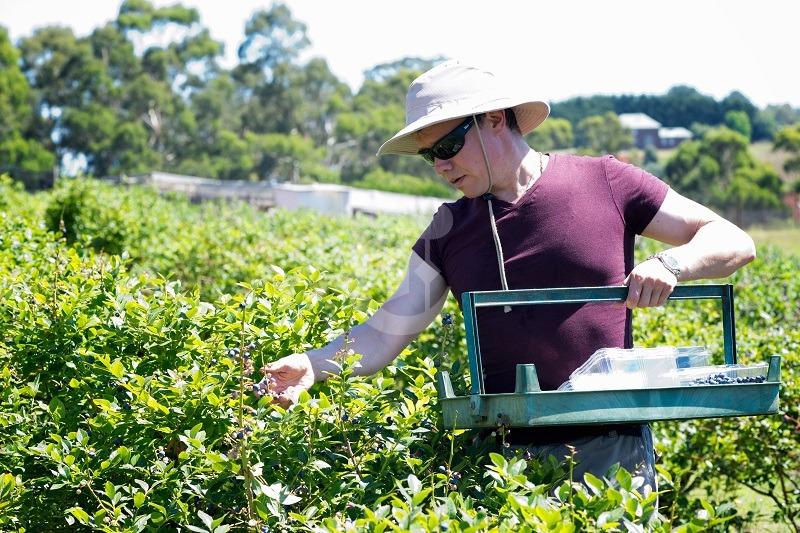 Primary producers will have their labour shortage pressures reduced with the NSW Government set to make it quicker and easier for foreign agricultural workers to safely start working on farms, Minister for Agriculture Adam Marshall announced today.

From 1 November, the NSW Government will remove quarantine requirements and caps for overseas arrivals who the Commonwealth Government recognises as fully vaccinated with a TGA-approved vaccine.

“The welcoming of fully vaccinated overseas travelers into NSW is a fantastic opportunity to bolster the state’s agricultural workforce which has been decimated by the COVID-induced border closures,” Mr Marshall said.

“Forecasts show this crop will tip 16.08 million tonnes, and it is critical farmers have the workforce they need to bring that in.

“By the NSW Government removing quarantine requirements, it clears further financial and logistical barriers for the ag industry to bring in foreign workers to help keep our supermarkets shelves stocked as they have all through the pandemic.”

Further advice about testing requirements will be provided in the coming days.

Mr Marshall said this was further good news for the state’s primary producers as they look to acquire the necessary workforce ahead of another record harvest.

“Just yesterday, we announced more than 4,500 Department of Regional NSW staff would be entitled to a week’s Harvest Leave,” Mr Marshall said.

“While there is no short-term fix to the COVID-exacerbated workforce shortage, these two announcements in as many days will go a long way to alleviating labour pressures through a bumper harvest.”

To further assist industry overcome the labour shortage, the NSW Government has:

· Aided the arrival of 2,500 overseas agricultural workers;
· Provided $3.8 million in hotel quarantine subsidies for those workers;
· Spearheaded the Ag Workers’ Code; and
· Launched the ‘Help Harvest NSW’ website to connect agriculture employers with out of work Australians. 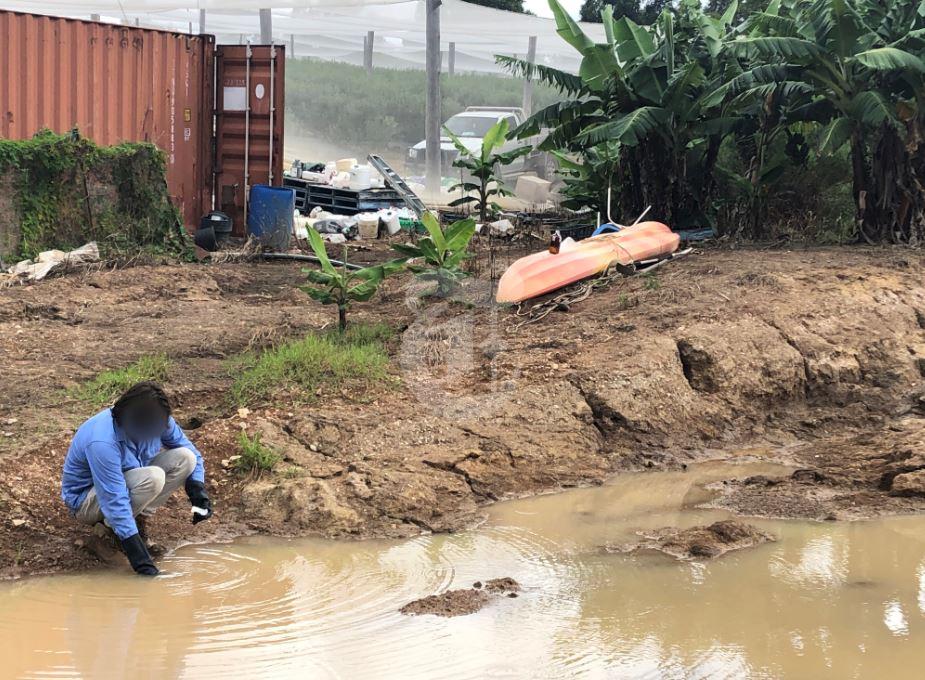 A blueberry grower in the Mid North Coast town of Woolgoolga has been fined $7,500 for alleged water pollution.

During an inspection of the farm, officers from the NSW Environment Protection Authority (EPA) found pesticides being used close to a waterway, and poor storage of chemicals which had allowed the pesticides to enter the water.

The EPA also issued an Official Caution to the grower for failing to keep adequate pesticide application records.

“Pesticide misuse and poor management can cause serious environmental impacts, such as contaminated water habitats and soil,” Ms Sparrow said.

The EPA issued a clean-up notice to the grower requiring immediate clean-up and disposal of the used pesticide containers on the property.

The EPA will continue to monitor compliance with environmental regulations at farms in the area.
“It’s critical that pesticides are used responsibly on farms to protect community and environment health, including aquatic wildlife,” Ms Sparrow said.

“Keeping up-to-date records is legally required because it helps track how pesticides are used, and can prevent pollution.”

Members of the public are encouraged to report any pollution incidents to Enviro Line on 131 555.
For more information on pesticide usage in NSW visit the EPA website.

For more information about the EPA’s regulatory tools, see the EPA Compliance Policy at www.epa.nsw.gov.au/legislation/prosguid.htm