Social and affordable rental housing: time for all levels of government to invest in this transformational social infrastructure

The Community Housing Industry Association (CHIA) applauds the 2021 Australian Infrastructure Plan’s break through call for all levels of government to invest in social and affordable rental housing. The Plan recognises that ‘well-maintained and designed social housing provides many community benefits, supporting individual and societal wellbeing and productivity, and reducing costs in health and justice services’ and recommends the design and implementation of programs to increase supply’.

“Infrastructure Australia is to be commended for the focus on social infrastructure in this plan. Too often Australian governments have viewed social and affordable rental housing investment solely as an impost and overlooked its positive impacts, not just for the individual who gets a home but for other service budgets.” said Wendy Hayhurst, CHIA’s CEO. “Only last week, for example the Australian Housing and Urban Research Institute (AHURI) published research showing that helping ex-prisoners through social housing typically cuts re-offending and saves the tax payer thousands of dollars.”

She pointed out that, “Social housing as a proportion of Australia’s total dwellings has steadily declined to 4.2%, way below the OECD country average of 7.1%.” While some recent state initiatives will slow the decline in certain parts of the country, to address the current national shortfall and meet future demand she said, “Australia needs to be adding at least 20,000 social and affordable rental homes every year. That is do-able but it needs the Federal Government as an active participant too; they’re the ones with the fiscal fire power.”

“Coming hard on the heels of the recent OECD endorsement for social housing investment, these new recommendations are especially powerful” said Ms Hayhurst. “Here we have two highly respected economic planning bodies both supporting the case that adequate social rental provision is a vital part of a balanced housing system. By all means let’s look at how to make the market work more smoothly, but that will never provide an affordable solution for the lowest income Australians”.

Andrew Hannan, CHIA’s chair also welcomed the Plan and praised Infrastructure Australia’s engagement with stakeholders during its production. “We’re delighted to see the community housing sector recognised in the Plan as being key to delivering new social and affordable rental homes for Australians locked out of the private rental market, or home ownership. Our members have demonstrated the capability, capacity and financial sophistication to deliver thousands of additional dwellings in recent years. But an ongoing national funding program that brings certainty and attracts the big institutional investors is needed”. He noted that CHIA’s Pre-Budget Submission had proposed a cost-effective funding model that leveraged the existing NHFIC arrangements, and could make a major dent in Australia’s social and affordable housing shortage.

He went on to say “the Federal Government has recently launched an Inquiry on Housing Affordability and Supply. The committee must put the undersupply of social and affordable rental housing front and centre of their deliberations. Social and affordable rental housing can be a haven for women escaping violence, provide stability to help people recover from illness and act as a springboard into home ownership. The community housing industry is ready to lead in delivering the national program Australia badly needs”

Related Topics:Andrew HannanCHIA’s Pre-BudgetHousing Affordability and SupplyInfrastructure Australia’sSocial and affordable rental housing: time for all levels of government to invest in this transformational social infrastructureThe Community Housing Industry Association
Up Next

Councillor Calls for Measured, Proportionate and Targeted Approach to Lockdowns 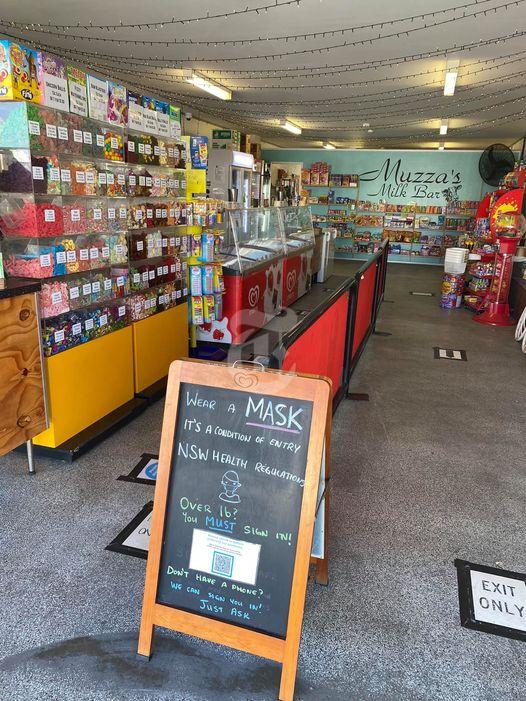 Ice cream and lollies on hold

By Samantha Elley
Owner of Muzza’s Milk Bar in Evans Head, Caroline Powell was gutted when she found out her business had become a venue of concern, after a positive covid case was detected in Goonellabah last week.
“Unfortunately, NSW Health didn’t get in contact with me until 10.30am, so I did find out over Facebook first, as someone sent me the NSW Health post,” she said.
“It’s pretty hectic, but I’ve been on and off the phone with NSW Health…going through everything that I have to do.”
During the most recent lockdown for the Richmond Valley Muzza’s had been kept busy delivering all types of lollies and sweets to the surrounding areas, a welcome distraction for many.
Many friends and clients have checked in on Caroline and her staff.
“The phone’s been ringing all morning,” she said.
“Customers checking in on me and family members calling.”
Caroline placed a post on Muzza’s Facebook page explaining the situation.
“We are just very thankful that the person checked in via QR code, so we know that they were definitely here,” she wrote.
“We will be closed until further notice as all our staff, including myself, have to get tested and isolate until further notice.”
The next step for Caroline is to do a deep clean of the premises.
“NSW Health has sent me through the paperwork on how to do a Covid Deep Clean,” she said.
“They want me to send it to whoever I get to do the deep clean and they have to wear full PPE.”

Last month, investigators from Strike Force Trawler began engaging with a man from Goonellabah.
Police will allege in court that the man believed he was speaking with a 14-year-old girl and engaged in sexually explicit conversations about acts he wished to perform on the child, as well as sent explicit materials.
It will be further alleged that the man arranged to meet the girl for the purpose of a sexual encounter.
Following inquiries, a 60-year-old man was arrested at Lennox Head just after 9am on Monday, September 13.
He was taken to Ballina Police Station, where he was charged with two counts of use carriage service-procure child under 16 years for sexual activity.

Separately, in June, detectives began speaking with an East Lismore man, who believed he was communicating with a 14-year-old girl – allegedly engaging in sexually explicit conversations about acts he wished to perform on the child – before arranging to meet with her.

Following further inquiries, the man was arrested at a South Lismore business about 10.20am on Tuesday, September 14.
A search warrant was then executed at an East Lismore address, where detectives seized an electronic device, which will undergo further forensic examination.

The 62-year-old man was taken to Lismore Police Station, where he was charged with use carriage service to groom under 16 years for sex.

He was refused bail and appeared at Lismore Local Court, where he was granted conditional bail to reappear at the same court on Thursday, November 11.

“Police will allege both these men believed they could engage in sexual activity with a young child,” Det Supt Doherty said.

“Parents and guardians should be aware of what their children are doing on the internet and who they are speaking with. They should never arrange to meet with someone they have met online.

“Make sure your children feel comfortable speaking up about anything they have done online.”
Information and educational packages for parents and children are available from ThinkUKnow, a multi-agency program designed to educate and promote cyber safety: https://www.thinkuknow.org.au/

The Child Abuse and Sex Crimes Squad is comprised of detectives who are specially trained to investigate matters against children and adults, including sexual assault, serious physical abuse, and extreme cases of neglect.
Anyone with concerns about suspected child abuse or exploitation should call Crime Stoppers on 1800 333 000 or use the Crime Stoppers online reporting page: https://nsw.crimestoppers.com.au.
Information you provide will be treated in the strictest of confidence.