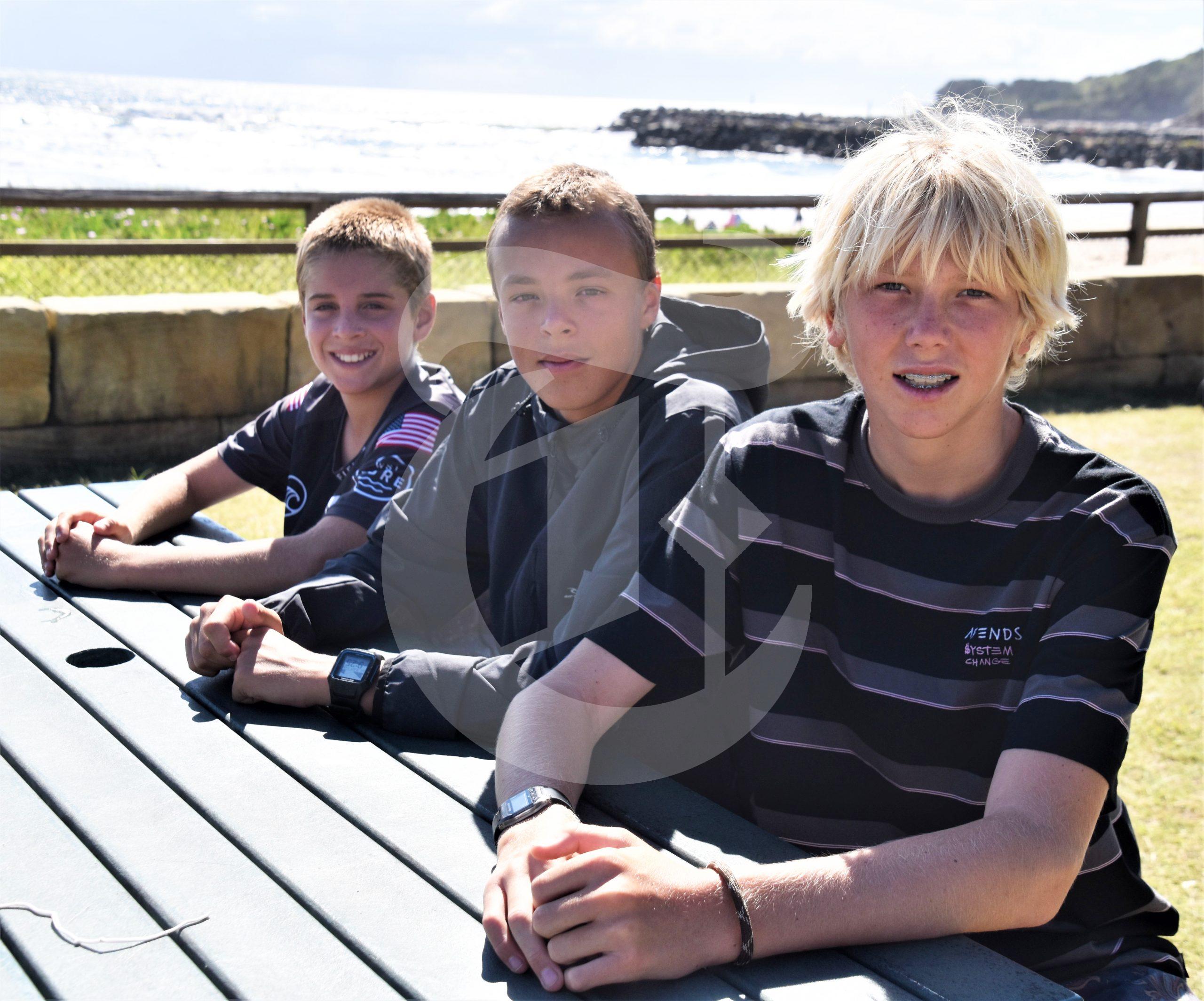 When two six-year-old boys were saved from a rip at Evans Head Main Beach by five young local lads, it was a sign that the human spirit and next generation of lifesavers is alive and thriving.
On Christmas Eve at around 8.30am Max McGillivray, 12, Oliver Arragon, 14, Charlie Ticknor, 15, Ned Barany, 16 and Sol Novak, 14 had just come out of the surf and were sitting on the hill at the front of the Evans Head Surf Club when trouble struck.
“Plenko the life guard said, ‘Boys there’s two kids’, they were struggling to get up,” said Max.
“Our boards were right there as we just came in from the surf and we bolted down as fast as we could…we jumped in the water, they were stuck in a rip and they were struggling to keep their heads up…we paddled out very fast.”
From there, Oliver and Ned managed to get the young boys on their boards so they could breathe, while the others stayed with them and got their gear that was floating out.
“They were screaming ‘help us, help us’, and crying and we assured them it was going to be alright,” said Oliver.
“When we first realised (they were in trouble), we thought ‘We just gotta go, just go as fast as we can’.”
Thanks to the knowledge the boys have learnt with all the surfing they do, they knew how the rip worked and what they had to do.
“We laid them on the board in front of us, we had to move them over to the bank so we weren’t paddling in the rip rushing us out,” said Max.
The lads worked as a team, especially when dealing with two panicking little boys.
“Ned put one person on the front of his board and Ollie put one person on the front of his board, Ollie’s person didn’t know what was happening, I went and helped Ollie,” said Charlie.
“He was only six, and I said, ‘It’s going to be alright’ as he was a bit scared ‘cos waves were hitting us,” said Ollie.
“I was starting to paddle in, I caught like a little one and then I kind of got washed over in the rip again and then I was in the channel again, then Plenk came out with a lifeguard board and just helped us get them in then.”
The mum of the two little boys had been sitting on the beach unaware of the dire situation her boys were in.
The young lifesavers were keen to show The Northern Rivers Times how to look for a rip and to give advice to holidaymakers in this Summer season.
“Swim between the flags and listen to what the rules are, if it says no swimming, don’t go swimming there,” said Ollie.
Other advice included never swim close to the wall at Main Beach as there is always a rip there.
“Normally what you see is a gutter where there’s no waves breaking as it’s a deep hole,” said Max.
“The water will be rushing out really hard there.”
With four of the five boys already received or about to receive their lifeguard qualifications, Evans Head swimmers are no doubt in good hands.