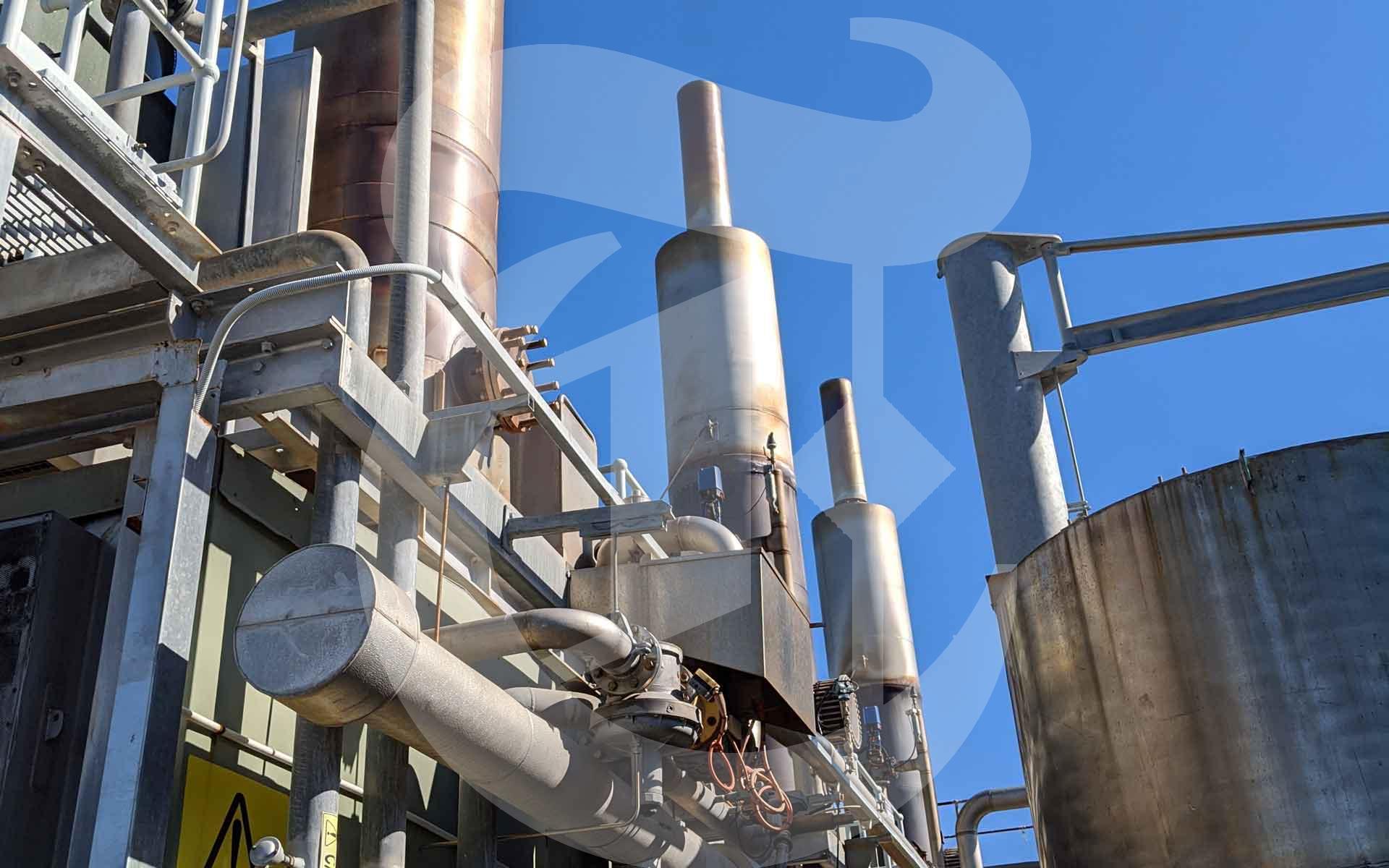 An Australian first trial has commenced at Sydney Water’s Malabar Wastewater Resource Recovery Plant, which will see renewable biomethane support the energy demands of up to 13,000 homes.
Minister for Lands and Water Kevin Anderson said the commencement of these works at Sydney Water’s Malabar facility is an exciting and significant milestone that will deliver reliable and cleaner gas to Sydneysiders and help to reduce the carbon footprint of households.
“The Wastewater Resource Recovery Facility will create approximately 95,000 gigajoules of biomethane, from organic material in wastewater, to supply gas to around 6,300 homes by the end of the year, with the capacity to double production by 2030,” Mr Anderson said.
“This five year pilot will put gas directly into the supply network and will also help industries across NSW meet their net-zero emissions targets, with the facility able to turn waste material into a new clean energy source.”
Sydney Water’s General Manager of Asset Lifecycle Paul Plowman said this first of its kind biomethane project, is expected to remove 5,000 tonnes of carbon emissions each year – the equivalent of almost 2,000 cars off the road.
“As Greater Sydney grows and the volume through our network increases, innovation-based partnerships will be crucial to unlocking the potential of wastewater to help power Greater Sydney”, Mr Plowman said.
The $16 million project is a joint partnership between the Federal Government’s Australian Renewable Energy Agency (ARENA), that is providing a $5.9 million grant, the NSW Government, Sydney Water and energy infrastructure company, Jemena.
The project is due to be completed by the end of this year and will see the first renewable gas products supplied to the network soon after.

The NSW Government will trial new technology to reduce the risk of level crossing collisions between trains and vehicles in the bush.

Minister for Customer Service and Digital Government Victor Dominello said the government will fund trials of innovative signs with LED flashing lights at level crossings in Narromine and Bribbaree, to improve awareness and safety.

“There are more than 2700 road level crossings on the NSW rail network and we want to improve safety in country areas where there is less visibility,” Mr Dominello said.

“Contracts have been signed with ARCGS at Bribbaree and Sage Automation at Narromine to install new level crossing signs and the detailed design work is underway. 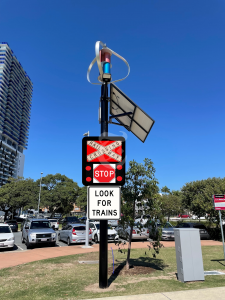 “Level crossing crashes devastate families and communities which is why we want to use innovation and technology to help save lives.”

Minister for Regional Transport and Roads Sam Farraway said the government had listened to concerns raised through the community petition led by Maddie Bott.

“Sixty-eight per cent of public road crossings use only stop and give way signs to warn about the presence of a level crossing and the need to stop to look for trains,” Mr Farraway said.

“Transport for NSW has developed a new strategic direction to help fast track improvements at level crossings which will involve trialling the use of new technology.

“On top of this we have reduced speed limits to 80km per hour at more than 50 level crossings across regional NSW as part of the Level Crossing Speed Zone Reduction Program.

“We know a lot of crashes at level crossings occur where the road speed limit is 100km an hour or greater, so reducing the speed limit gives drivers more time to see the level crossing ahead and stop for oncoming trains.”

“NSW has thousands of level crossings and new technology will play an important part in improving safety,” Ms Neil said.

“This week is Rail Safety Week, and we remind travellers, pedestrians, commuters and rail workers that they can all play an active role in rail safety. And we urge the Australian community to Stay Rail Safe.”

ARCS Commercial Director Phil Lock said they are very excited to be partnering with the NSW Government and delivering innovative technology to improve safety for regional communities.

“SAGE is passionate about developing new systems to improve road safety in partnership with Transport for NSW and the NSW Government,” Mr Martin said.

The trial is funded through the Digital Restart Fund and will commence later this year and the data collected will be used to determine the effectiveness of the new technology.

The trial will commence later this year and the data collected will be used to determine the effectiveness of the new technology.

For more information on safety at level crossings, visit:
https://roadsafety.transport.nsw.gov.au/stayingsafe/level-crossings/index.html

EPA must issue correction as a matter of urgency. Giant trees- are they protected or not?

EPA must issue correction as a matter of urgency.

Giant trees- are they protected or not?

The Environment Protection Authority must issue an immediate correction re its position on the legality of serious and flagrant breaches of the logging rules in Ellis State Forest, west of
Coffs Harbour.

Television footage on August 10, showed forest protectors measuring the stump of a Giant Brushbox Tree. It measured 150 cm diameter. Under the grossly inadequate rules that regulate this
destructive industry, Giant trees have to be greater than 140cm diameter to warrant protection. It can take slow growing trees hundreds of years to reach that size.

“The report quoted the EPA as saying that the tree didn’t “appear to meet the criteria of being a giant tree. And in this case can be legally logged.”

“The NCEC has written to senior executives of the EPA asking for an urgent response to what appears to be a serious breakdown in their chain of command.

“A spokesperson for the EPA cannot issue a statement saying there appears to be no breach and the Giant Tree was legally harvested, when the prima facie case, as evidenced with video footage, is that there has indeed been a breach and there is a giant stump as evidence,” said Environment Council spokesperson Susie Russell.

“Are there some rules that are policed and others not? Is there some secret further criteria we don’t know about?

“Does this decision making prior to any investigation apply to other aspects of the EPA’s work?

“The EPA needs to take it’s name seriously. What is happening in Ellis State Forest appears to be serial breaches by serial offenders. These large trees will not be replaced, not even in the lifetimes
of our great, great grandchildren.

“The Government and the logging industry moan about people protesting in forests as breaking the law, but it would seem they have no problems when their weak environmental protection laws are
broken.

“It is highly likely there are more breaches in the vicinity to be found, as the tree in question was part of a grove of old-growth trees and many other large, old trees are now on the ground.

“The EPA should issue an immediate Stop Work Area for this site and do a proper investigation,” Ms Russell said.

New South Wales audiences and visitors will have access to more outstanding arts and cultural events thanks to the NSW Government’s $68 million Arts and Cultural Funding Program (ACFP).

The ACFP is part of the NSW Government’s commitment to ensuring arts and culture is accessible to everyone, no matter which corner of the State they live.

Minister for the Arts Ben Franklin encouraged professional artists, arts organisations and local councils to apply for funding through the 2022/23 program which will increase the access and availability of arts and cultural experiences in NSW.

“The ACFP will support the State’s vibrant arts and cultural sector by growing local economies and creating jobs in one of the largest investments into the sector by any State government in Australia,” Mr Franklin said.

“Previous projects and programs funded through the ACFP are diverse and farreaching, including supporting the development of Aboriginal dance theatre works,classical music tours and crime writers’ festivals.

“I encourage all artists, arts organisations and local councils to apply for funding to develop exciting and engaging experiences for audiences and communities right across the State.”
Applications for Round One of the Arts and Cultural Funding Program are now open and close on 29 August 2022.

For more information, guidelines and to apply, visit the Create NSW website at www.create.nsw.gov.au

A SOCIAL LIFELINE FOR SENIORS

Essential items at the Distribution Hub