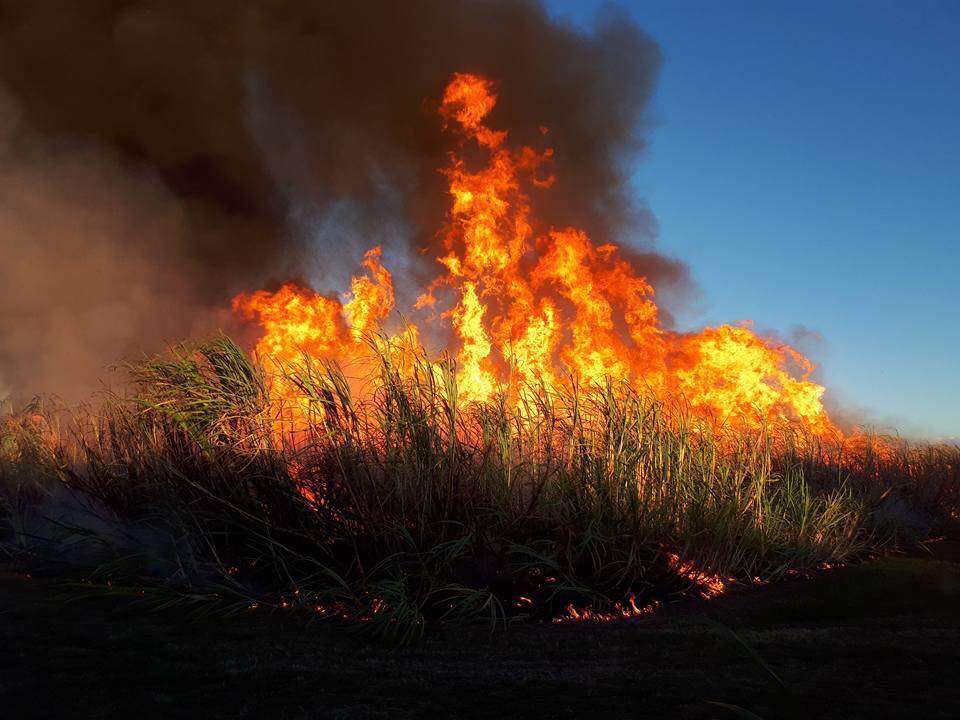 SUGAR cane harvesting season is upon us and the Richmond River Cane Growers Association is putting the word out for those new to the region that growers across the coast will be burning their crops before harvesting, with some starting this week.

The season runs from now until the end of November and although farmers do their best to ensure the fires don’t impact nearby residents, sometimes Mother Nature doesn’t co-operate.

“The cane fires usually burn the morning before the farmers are going to harvest,” association manager Florence Dagan said.

“There may be ash fall-out. What people tend to do is if they have clothes on the line, or outdoor furniture, they go out and try and clean the ash off, but that makes it worse.

“If ash falls on your outdoor furniture or vehicle overnight or early morning, wait for it to dry and often the wind will help you and blow it all away.”

Last year, the first fire lit near Newrybar impacted Lennox Head and Ballina and caused problems for a lot of residents.

“The farmer did all the tests he could and made sure everything was fine, but the wind just took it all straight up and across and dumped it all over Lennox – it was horrendous,” Florence said.

“One lady, and I felt for her, had a $2000 white outdoor lounge covered in ash and she had tried to clean it which only made it worse.”

Most areas across the Northern Rivers will be impacted by the smoke and possible ash fall-out, including areas not generally associated as farming areas, like Ballina, Lennox Head and Evans Head.

Florence said there would be a few fires this year as the consistent rainfall had made for decent crops.

“Talking to a lot of people, it’s probably been one of the best years in a long time,” she said.

“Last year was much better than everyone anticipated but this year we’ve had more consistent rainfall, although there had been has been some flooding in low lying areas where the drainage isn’t working.

“But for the most part, we’re expecting a reasonably good harvest.”
Florence said she would be posting updates on fire locations across social media when they came to light and if anyone would like more information about cane fires you can email richmondcane@gmail.com.