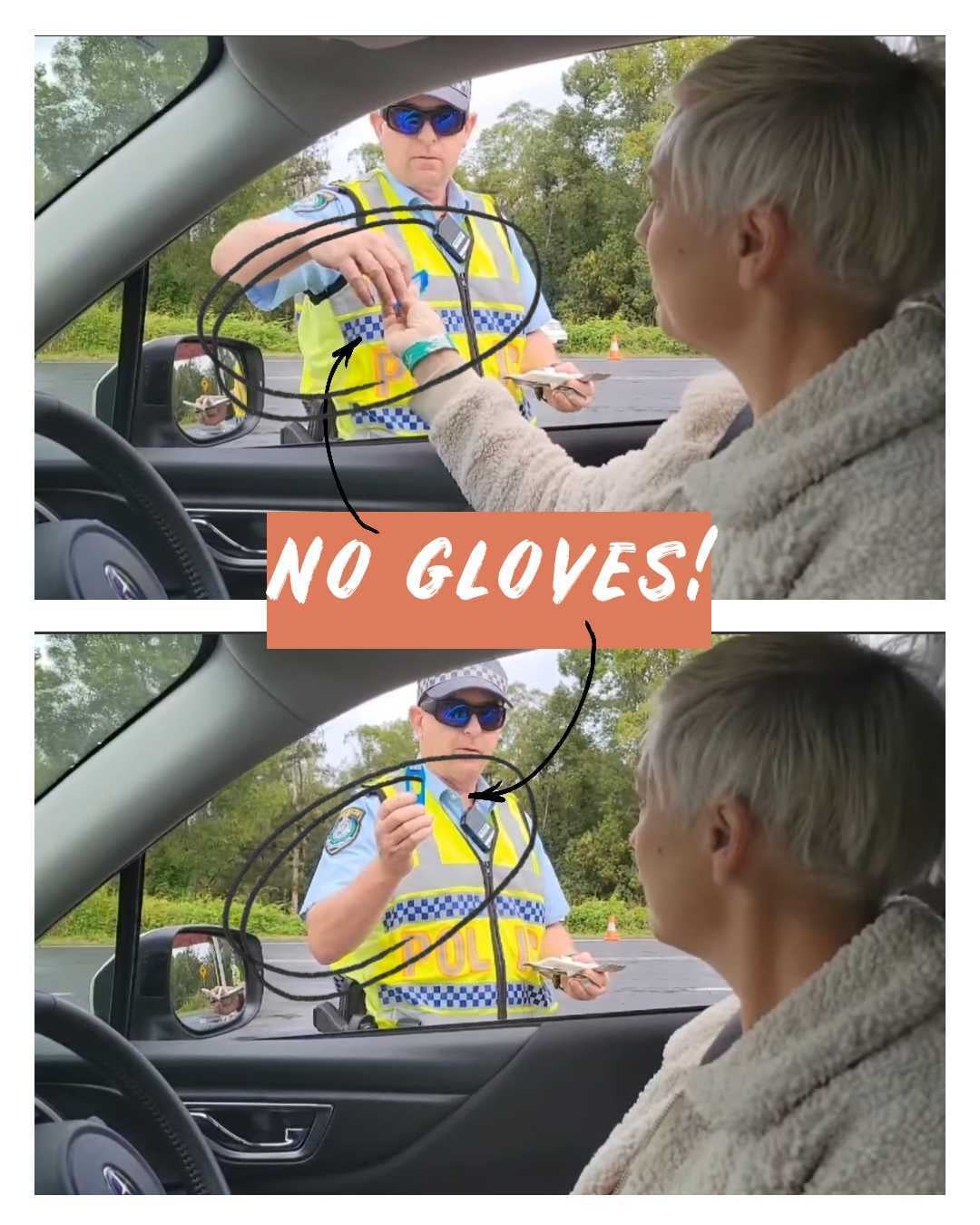 A GREENS MP is calling for all tests conducted over the Nimbin MardiGrass weekend in early May be declared invalid after breaches by a NSW police officer conducting drug tests have been revealed in a video.
The video was taken by a staff member of Cate Faehrmann, who was being tested at the time, and shows the police office without gloves while handling the testing device.
Ms Faehrmmann has written to NSW Police Minister David Elliott and the Attorney-General Mark Speakman to get the tests thrown out.

On Sunday, May 2, about 9am, Ms Faehrmann was stopped by police whilst driving to the MardiGrass festival for a random drug test just outside of Nimbin, as were hundreds of others over the course of that weekend.
Ms Faehrmann said this was a clear breach of part 1-5 of the Standard Operating Procedures for Random Oral Fluid Testing which reads: “Under no circumstances will oral fluid or equipment used to obtain oral fluid samples be handled by police without wearing protective latex or nitrile gloves”.

Ms Faehrmann has also written to the Auditor General requesting a performance audit of the scheme due several detected breaches of standard operating procedure, the inaccuracy of tests and a lack of evidence that the scheme reduces road trauma.
“All tests conducted over the Nimbin MardiGrass weekend are now in doubt and any court attendance notices or penalties issued as a result of a positive test must be withdrawn,” Ms Faehrmann said.
“The tests used are incredibly sensitive and can be easily contaminated, potentially resulting in false positives.

“We have no idea how many breaches by officers conducting the tests are going undetected and potentially causing false positives.
“Given that at least one officer on duty over the Nimbin MardiGrass weekend breached the Standard Operating Procedures for conducting oral drug tests, the Police Minister has no other choice than to declare that every test conducted over the weekend be declared potentially contaminated, and therefore invalid.”

Former Lismore magistrate David Heilpern said after viewing the photographs of the drug tests on Ms Faehrmann, it was apparent police were not complying with their own standard operating procedures.
“It beggars belief that the only test that was conducted on that day where protocols were breached was the one on a member of parliament, and it is far more likely that protocols were contravened extensively in the operation that occurred,” he said.
“Press reports state that there were more than 1500 tests conducted around Nimbin during the MardiGrass with 29 detections. The consequences of the breach are significant.

“First, all tests conducted without gloves and in breach of the protocols would be unlikely to be able to be successfully prosecuted for obvious reasons.
“Second, all subsequent tests on other people would also be suspect – the protocols have been developed to protect from cross contamination and not wearing gloves means that the testing regime is unreliable.
“Third, evidence obtained as a result of this impropriety (including stage two and three testing) would be subject to inadmissibility rulings in court proceedings under s138 of the Evidence Act NSW.”
Mr Heilpern agreed with the call for all prosecutions or penalties launched or issued as a result of the flawed testing to be withdrawn.

“This is not only because any prosecution would be likely to fail, but also out of a recognition that it would be unfair to proceed,” he said.
“Finally, these 1500 tests were conducted on unimpaired festival goers and locals going about their business. It is a colossal waste of police time, community resources and road safety funding for this to have occurred in the first place. It was not and does not even pretend to be about road safety. It is all about prohibition.

“For this to have transpired in circumstances where the police cannot even follow their own clear directives amplifies the absurdity of the entire operation.”
In a statement, a New South Wales Police spokesman said the service was aware of the incident and all officers conducting random drug tests were required to wear gloves as standard operating procedures.

However, New South Wales Police says the gloves were for hygiene purposes and did not affect the accuracy of testing or results.