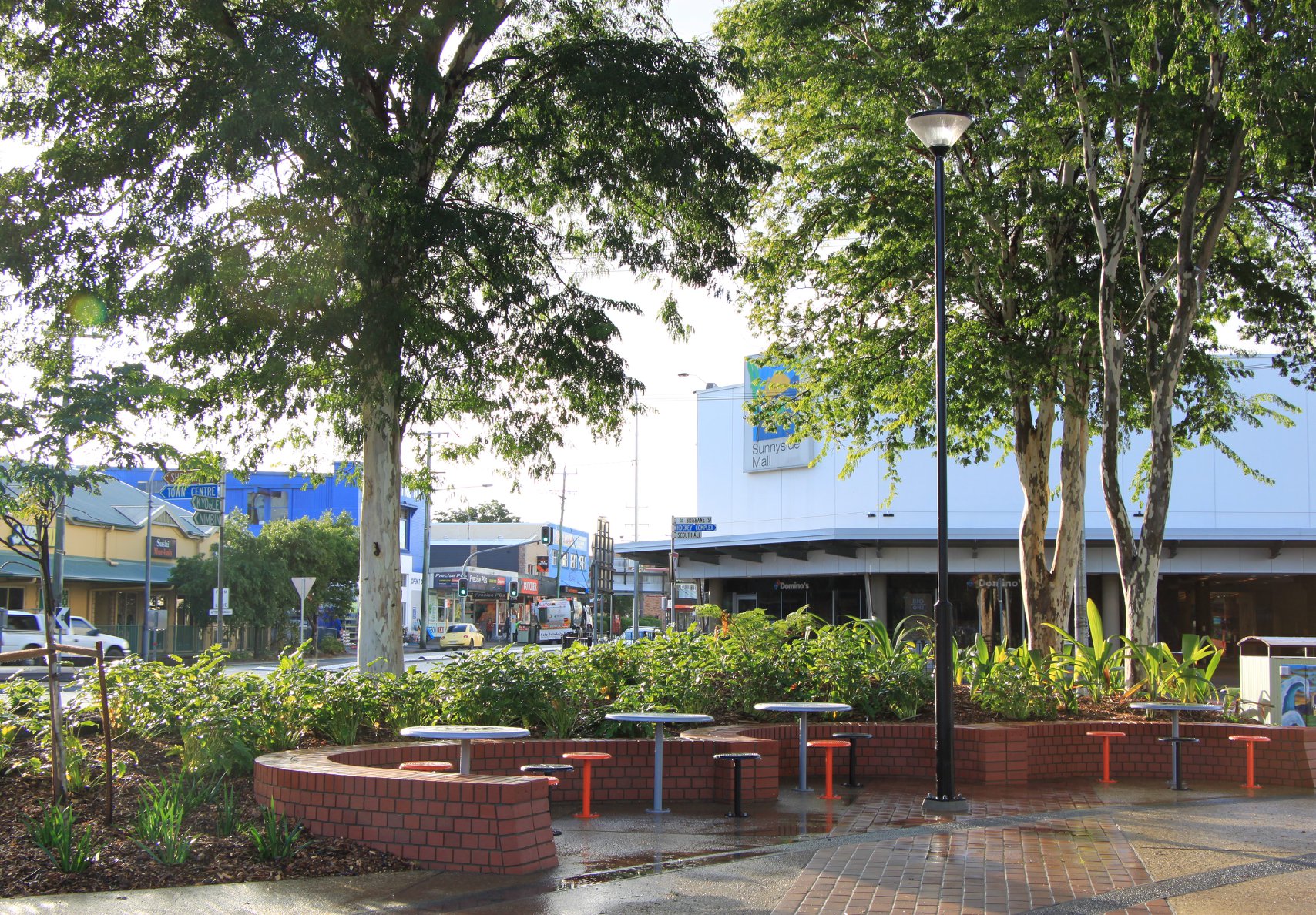 The new-look Knox Park entry plaza in Murwillumbah has been named NSW/ACT Park of the Year.

The award was presented by Parks and Leisure Australia at the recent state conference in Coffs Harbour, and the park will now represent NSW/ACT for the national prize in September.

It’s the third time in just the past 6 years the Tweed has collected the award for the state’s best park; with Rowan Robinson Park in Kingscliff winning in 2019, and the playground and youth precinct also at Knox Park coming out on top in 2016.

The $1.5 million renovation to the entry plaza, on the corner of Wollumbin and Brisbane streets in Murwillumbah, was opened to the public in 2020 with a range of improvements, including:

Landscape Architect Ian Bentley said the design of the park, including the new park entry, echoes the Art Deco style which is prevalent in Murwillumbah’s architecture.

“The red brick work on the retaining walls of the garden beds also mirrors surrounding buildings such as the CWA Hall and historic Regent Cinema, which helps to unite the park and the rest of the town,” Mr Bentley said.

A new central hub has been created for people to gather, sit and watch the world go by or try a game of chess with boards inset onto fixed tables.

“The upgrade aimed to create a contemporary park with a strong sense of place that focused on environmental, cultural and community needs. This re-energised space invites social connection through its design as well as acknowledging the park’s historical past and being designed for a sustainable future,” he said.

As part of Council’s Cool Towns urban tree canopy program – to increase natural shade in the Shire – native fig trees were replanted along a main avenue in the park.

“Our vision for the Knox Park masterplan was to enhance amenity, encourage greater community use and for residents to take ownership and be really proud of the park, hopefully discouraging anti-social behaviour,” Mayor of Tweed Shire Chris Cherry said.

“The award means Knox Park has been recognised as Park of the Year twice! This shows what an incredible asset we have in the heart of Murwillumbah for those that live and visit here.”

Photo captions:
1. The new entrance to the award-winning Knox Park in Murwillumbah
2. An aerial view of the Knox Park entry plaza upgrade in Murwillumbah
3. A central hub has been created for people to gather, sit or try a game of chess with boards inset onto fixed tables.